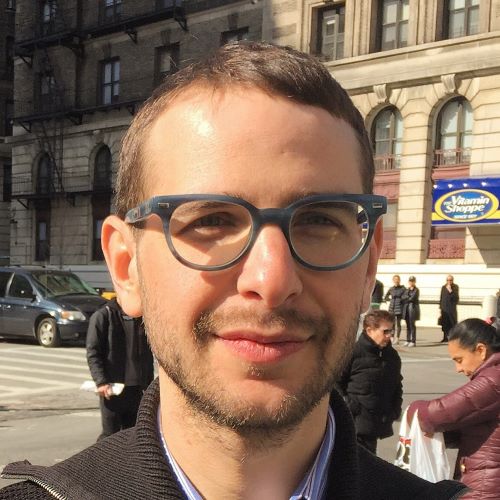 Awards for Roberts’ music include a Guggenheim Fellowship, a Fromm Commission, the Benjamin H. Danks Award from the American Academy of Arts and Letters, and the Leonard Bernstein Fellowship from the Tanglewood Music Center, among others. Roberts’ commissioners include the Tanglewood Music Center, Guerrilla Opera, Transient Canvas, and andPlay duo

Roberts’ music has been called “a powerful success,” “arresting,” and “amazingly lush,” (the Boston Musical Intelligencer), “an attractive mix of the familiar and exotic,” and “otherworldly” (Boston Classical Review), and “invigorating” with a “persistent melodic urge” (American Academy of Arts and Letters citation).

Roberts obtained a Bachelor’s degree in composition from the Eastman School of Music in 2003 and a Ph.D. from Harvard University in 2010. Robers’ primary mentors include David Liptak, Augusta Read Thomas, Julian Anderson, and Chaya Czernowin. Roberts currently serves as Assistant Professor of Composition at Kent State University.

Roberts’ first portrait disc, “Leaf Metal,” was released onTzadik Records in 2014. Other recordings of Roberts work can be found on the New Focus Recordings and Lila Muzik labels.