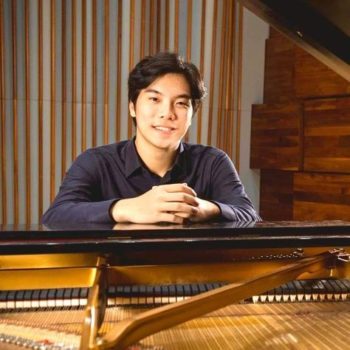 David Chi-Tou Lao is currently a junior, majoring in Piano Performance at Wright State University, where he studies with Dr. Jackson Leung. As an international student from Macao, David receives scholarships from the Cultural Affairs Bureau of Macau and the School of Music. Since arriving in the U. S. two years ago, he has participated in several competitions and received various awards.  David was the first prize winner for the Singapore International Classical Piano Competition (2018), second prize winner in the senior division of the OMTA Graves Piano Competition in Columbus (2018), the WSU Concerto-Aria Night Competition (2019), as well as the Ohio Federation of Music Clubs Agnes Fowler Scholarship award (2019). Most recently, David was awarded first prize at the Collegiate Division of the New Albany Symphony Concerto Competition and will perform on a subscription concert of the orchestra in March, 2020.  David also participated in a number of masterclass, working with pianists such as Misha Dichter, Michael Chertock and Laura Melton. In representing the School of Music, David performed in a number of on and off-campus recitals such as the Troy Hayner Cultural Center and at ArtsGala. David is a pianist in the Wright State University Chamber Orchestra.