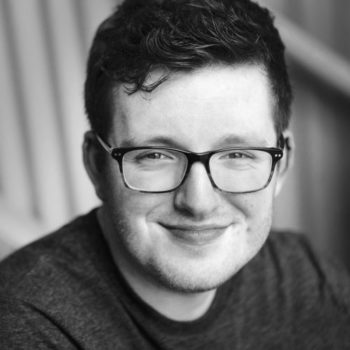 Baritone Colin Sproule is thrilled to join the New Albany Symphony onstage again. As the winner of the vocal division of NASO’s 2014 Student Concerto Competition, he performed with the orchestra in March of that year.  At the age of nine, a performance by Maestro Luis Biava of Saint-Saens’ The Swan inspired Colin to take up the cello.  Colin played with NASO for four seasons.  Colin has been a volunteer for NASO since its founding.  You can often find him at the concession stand or carrying heavy things for his mother.

A 2017 graduate of New Albany High School, Colin spent four years in the A Cappella choir under the direction of Karrie Horton and in the theatre department under the direction of Elliott Lemberg.  Colin’s love of music and theatre led him to the New Albany Arts Council’s Junior Musical program at the age of 10.  Since that time, Colin has appeared in 30 productions with New Albany High School, CATCO, CATCO is Kids, Columbus Civic Theatre, Opera Project Columbus and more.  Some of his favorite roles include Fester in The Addams Family Musical and Geppetto in My Son Pinocchio. Since 2017 Colin has been a music director for CATCO is Kids working on several productions here in New Albany.

Colin began his formal vocal training at the age of 13, studying both classical and musical theatre repertoire. Colin was named Outstanding Thespian his senior year. He placed third in the Central Ohio Singing Competition in 2016 and was a Voice of the City Finalist the same year.

Colin is a freshman at Wright State University majoring in musical theatre.